The Story Of Standing Seam

Metals have been used in roofing since the 16th and 17th centuries in places as diverse as Sri Lanka and Poland.  In metal's early use as a building material, copper and black sheet iron were among the most expensive building coverings, reserved for public buildings, religious buildings and palaces.

In early North America, the only commonly used metals for roofing were lead and copper.  More commonly, metals were used in public architecture or as embellishments on ornamental roofs, where other materials would have been difficult to use due to the roof pitch or shape.

Most metal roofing materials were imported to the Americas from England until the late 1700s when metal roofing facilities were developed locally.  Tin plated iron shingles were popular in Canada in the 1700s, and later in the United States.  Once rolling mills were operational in the Americas, facilities in many parts of the eastern United States began to produce copper, iron, galvanized iron, galvanized zinc, and tin plated iron roofing materials.  Tin plated iron became the most common roofing material in the country due to its low cost, easy maintenance, and relatively light weight.  By the 1900s, metal roofs were featured on homes and public buildings across the country.

One of the most popular ways to use metal in roofing was a standing seam metal roof.  A standing seam metal roof has a vertical seam that stands proud above a flat panel. The panels are joined at the seam either by crimping them together or by forming a cap over them.  This method of roofing involved laying flat metal pans next to each other and rolling the edges together in various fashions to create a standing z.  The idea was to fold sheets of metal together to create a watertight skin without requiring fasteners to penetrate it. 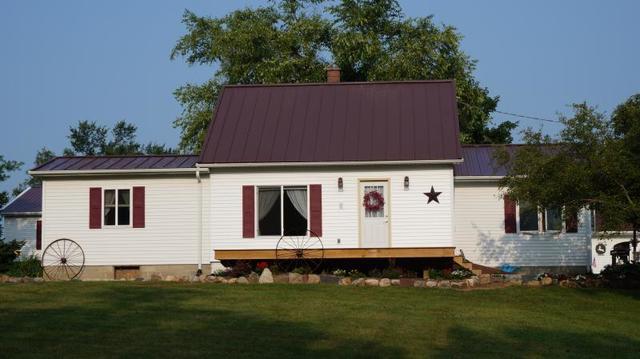 Whether you are ready to replace your worn out asphalt roof with metal, or just curious to know how much a metal roof would cost, give us a call at (517) 393-9386 or visit our website and schedule a FREE appointment and quote:  www.precisionroofingmi.com.

No one has commented yet. Be the first to post one!

Let’s Get You A Free Quote